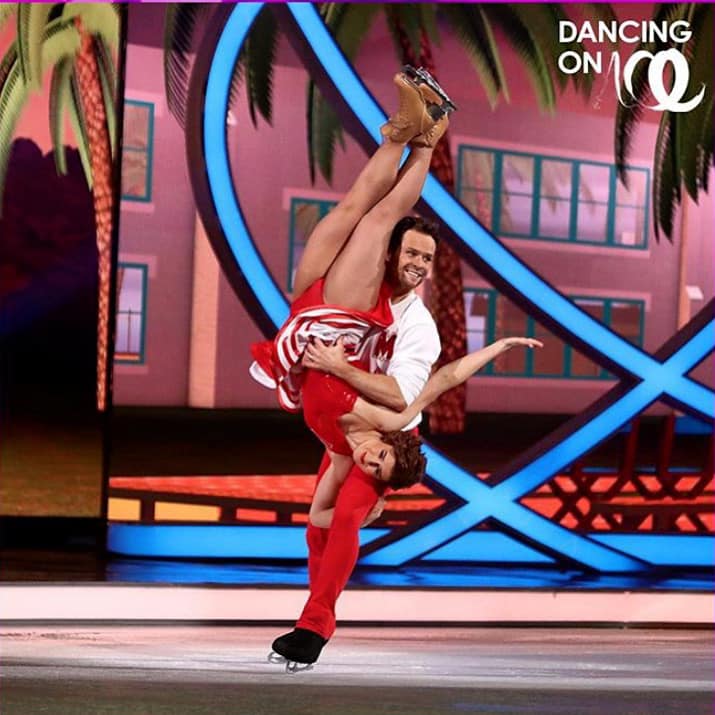 A SENSATIONAL performance on the ice produced an astounding first-round victory for para-athlete Libby Clegg on one of the UK’s top TV shows last Sunday.

Libby, a multiple gold and silver medal-winning Paralympian, brought the house down when she and her professional partner Mark Hanretty danced their way through the rocking Reet Petite on Dancing on Ice on ITV.
They were the final of six couples and it was truly a case of leaving the best to last when they scored 28 points, well ahead of any of the other pairs.
Their performance even
reduced Christopher Dean, one of the four judges, to tears as he expressed his admiration for Libby, who is registered blind.
Before their dance, the TV audience was shown a clip of the pair training on the ice.
Libby said: “Not being able to see will have a huge impact on us if I don’t trust Mark. I know when it’s wrong; it’s messy. I don’t want to be rubbish; I want to look good.”
When Mark asked her whether the bright lighting might affect her, she said: “It could potentially be a little bit of a hindrance but I’ll get used to it.”
Mark said: “This is a massive challenge. It’s never been done before and it’s never been done before because it’s dangerous.
“I have to get the technique across without demonstrating it to Libby.
“I don’t quite know how she processes all these movements but whatever she’s doing, I’m happy with it.”
Having watched their ice dance, the TV commentator, Sam Matterface, said simply: “Wow! She is inspirational. She is fast and furious. There’s lots of trust between her and Mark.”
All four judges, John
Barrowman, Dean, Jayne Torvill and Ashley Banjo all gave her seven points so she scored 28 out of 40, the highest score of the show so far.
Their comments could not have been more effusive.
Dean said he had a lump in his throat and added: “I hope in your mind’s eye you can see what we see,” before choking up.
Barrowman said he was seriously impressed. “I loved it; it was wonderful.”
Fantastic
Torvill added: “You’re so fast; it must be all the running you’ve done. It was fantastic.”
Banjo said: “I was so over the moon that you got those scores,” and he congratulated Mark for the choreography.
Holly Willoughby presents the show with Philip Schofield and she said: “What a way to end the night,” and Libby replied: “I think I’m just a bit crazy, to be honest. This guy (Mark) is putting in so much work.”
Dan Powell, her fiance, said: “She absolutely smashed it. All she wants to do is inspire people.”
Fliss Gafney, Libby’s sister, said: “It was her first skate on Sunday and myself, Dan,
Edward, our dad, Peter, and our mum, Moira, were there.
“We all had such a lovely time and are immensely proud of her. We can’t wait to see her next performance.
“I’ve recently started going to the ice rink on Tuesdays to look after Edward while she concentrates on her training with Mark.
“It’s really lovely to get the chance to see her progress over the weeks and spend time with my gorgeous nephew.
“She is coping really well with training; she is such a hard worker and so committed to her athletics training that I had no doubt she would work hard at this, too, and she’s really enjoying herself while doing it.
“To see how amazingly she has come on in just a few months is incredible. Mark has been fantastic for her. I’m so pleased she was partnered with him, he is such a lovely person and he is so talented at what he does. She couldn’t have asked for a better teacher.”

Crossing the border remains an anomaly

The government guidance is clear but cross-border life goes on

A monument to key workers

Langholm says thank you in an appropriate and spectacular fashion

Enterprise agency and councils are focusing on tailored support 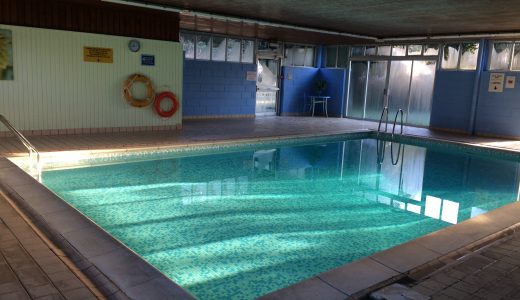 Government may ease lockdown next week

Everything stops for tea

THE Jeffrey family of Henry Street, Langholm got into the… 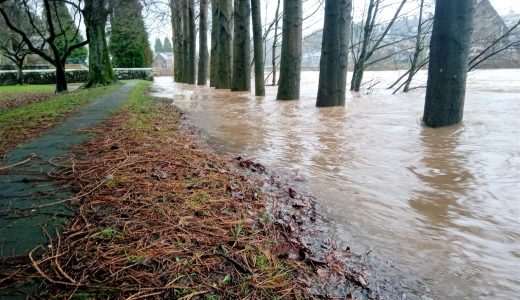 THE coronavirus mobile testing unit will return to Langholm on…

Fears raised on spread of virus into Eskdale 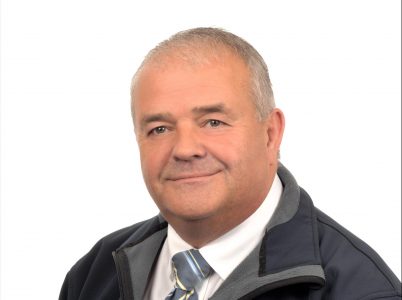 DUMFRIESSHIRE MSP Oliver Mundell has called on the Scottish government… 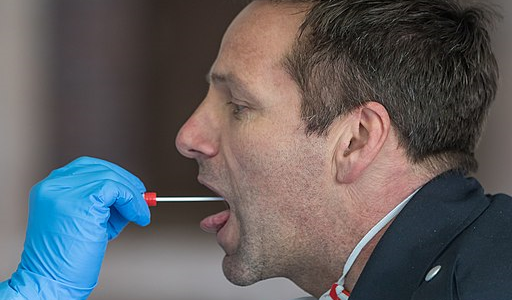 Scottish Borders records no deaths in the first five days… 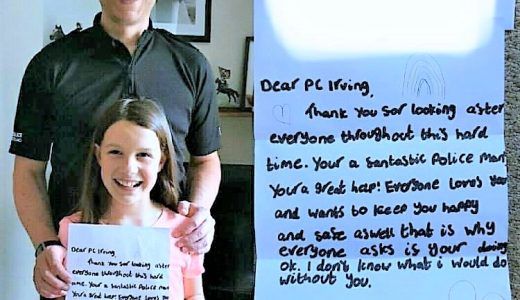 P4 pupils send letters to our key workers THE children… 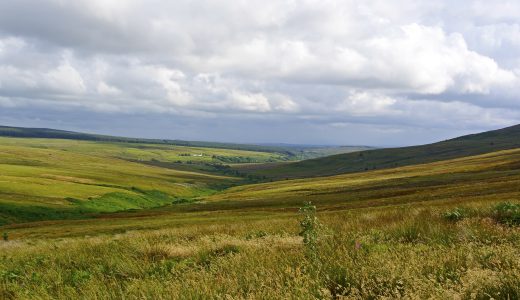 Moor crowdfunder kicks off with £100k

Community buy-out appeals to the public to help raise £3m

Petition on seismic budget allocation will go to judicial review… 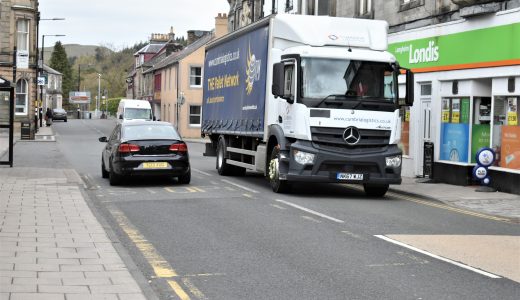 What a boring survey

ANOTHER Clap for Carers is coming up tonight. It’s strangely… 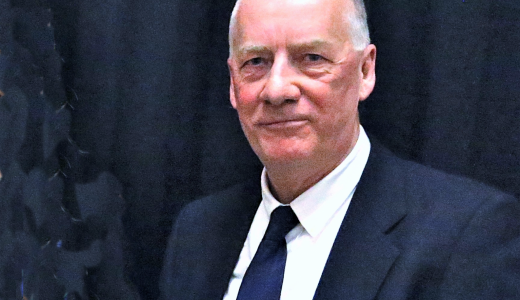 A look around at life in lockdown

“It was the best of times, it was the worst…

A lovely, humble, young friend to many THE people of…

NHS to expand its service into hot-spots in rural communities…

Many groups in the area receive funding from the Ewe…

Staff made redundant should be furloughed, say MSP and MP… 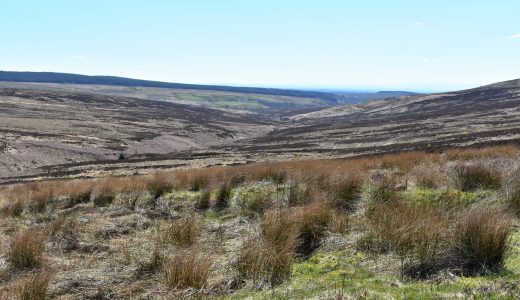 A PRICE tag of £6m has been put on more… 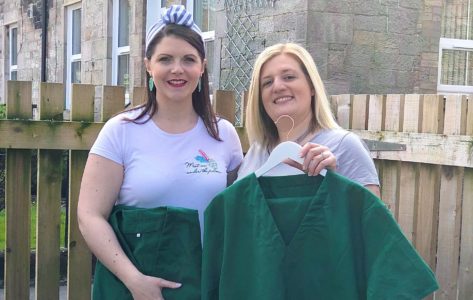 Bags of love for the NHS

A LABOUR of love to support NHS workers has sewing…

Willie Rennie has appealed to Philip Day to reverse the… 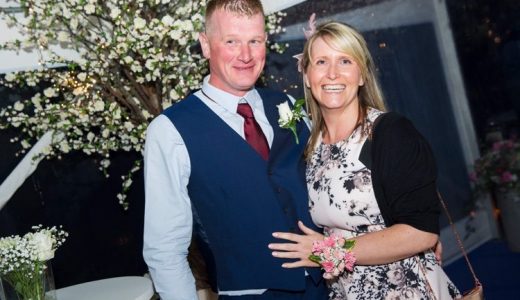 Couple’s wedding is put on hold by virus

Langholm bride and groom will have to wait to make… 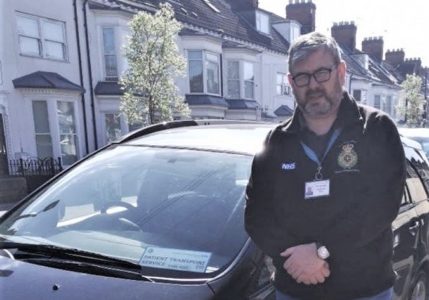 A FORMER Langholm primary school pupil is doing his bit…

Team SOS is ready to support businesses WORKING as one… 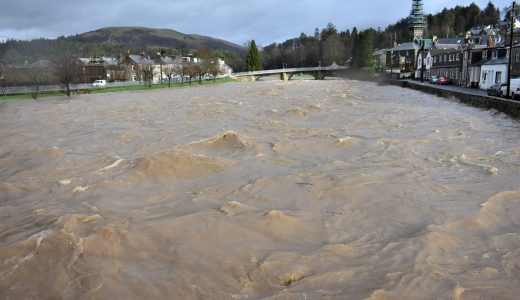 No pause on flood scheme disappoints

THE council team in charge of developing Langholm’s flood protection… 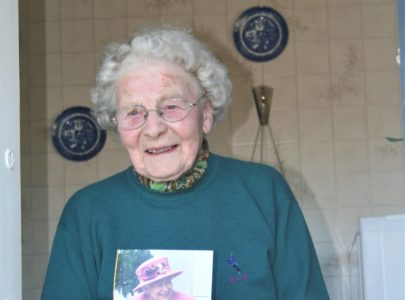 CENTENARIAN Jean McKie celebrated her 100th birthday on Monday with… 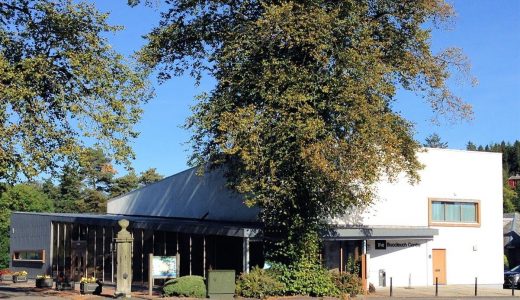 NEARLY £83,000 is being pumped into Eskdale’s economy through the…

Jobs at risk at mill after orders dry up

MOST of the 16 employees at Drove Weaving in Langholm…

Millions of pounds worth of lost business has been catastrophic…

FORTY households in Newcastleton, hit by floods during Storm Dennis…

By Ken Turk WE ARE now into our fourth week… 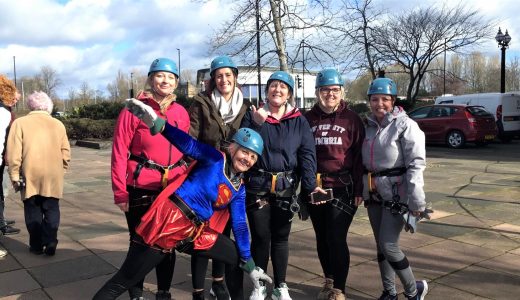 Langholm woman had sore throat, cough and was short of…

THE Easter Bunny did not let down the children of… 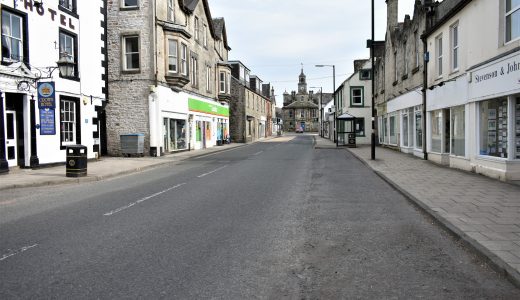 Langholm gets £60k boost for shopfronts

A TOWN centre improvement scheme, which provides half of the…

Paramedic is committed to the service ONG-SERVING paramedic Hazel Jeffrey… 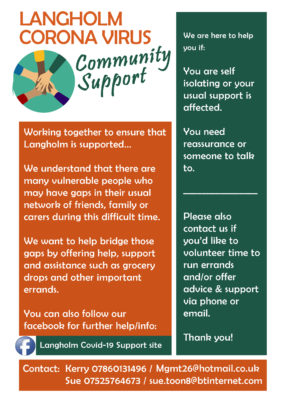